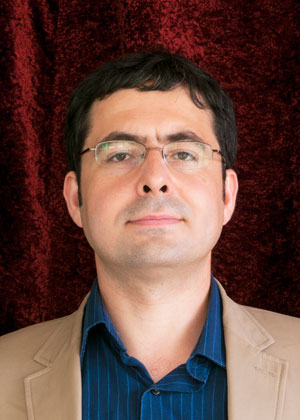 Etga Ugur is an Assistant Professor of Politics Science at the University of Washington Tacoma. He teaches classes on Comparative Politics, American Foreign Policy and Middle East Politics. He received his PhD in Political Science from the University of Utah in 2011. His dissertation examined public activism of the LDS Church in Utah and the Gulen Movement in Turkey. Prior to coming to Washington, he was a Post-Doctoral Fellow in Muslim Studies Program at the Michigan State University. He also taught there as a Visiting Assistant Professor at James Madison College.

Dr. Ugur's research interests include religion and politics in the Middle East; Islamic movements; religion, civil society and social capital; Turkish politics and comparative government. His publications appeared in journals such as The Journal of Muslim Minority Affairs and New Perspectives on Turkey. He has recently co-edited a book with Mohammed Ayoob, entitled The War on Terror: Assessments and Reflections, which was published by Lynne Rienner in 2013. He is currently working on his book manuscript entitled Politics of Religious Representation in the U.S. and Turkey: A Comparative Perspective.