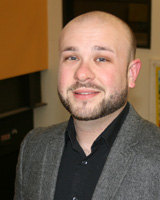 Eric Madﬁs, Ph.D., is an Associate Professor of Criminal Justice at the University of Washington Tacoma, where his research focuses on the causes and prevention of school violence, hate crime, and mass murder. He received his Ph.D. in Sociology from Northeastern University in Boston, where he was a Research Associate at the Brudnick Center on Violence and Conflict. He often teaches courses on Criminological Theory, Sociology of Deviance and Social Control, Criminal Homicide, Juvenile Justice, and Diversity and Social Justice in Criminology.

As a nationally and internationally recognized expert on school and mass shootings, Dr. Madfis has spoken to audiences across the country and around the world about his research, including to the United States Congress. The Washington State Legislature utilized his research on the prevention of mass school shootings to inform the passage of a recent legislative mandate implementing non-biased threat assessment procedures in public schools across Washington state. He is the 2018 recipient of UW Tacoma's Distinguished Research Award.

His work has been published in Aggression and Violent Behavior, American Behavioral Scientist, Behavioral Sciences & the Law, Critical Criminology, Homicide Studies, The Journal of Contemporary Criminal Justice, The Journal of Hate Studies, The Journal of Psychology, Men and Masculinities, School Psychology Review, Social Justice, The Social Science Journal, Sociological Focus, Sociological Inquiry, Violence and Gender, Youth Violence and Juvenile Justice, and in various edited volumes. He served as co-editor of the February 2018 special issue of American Behavioral Scientist on "Media Coverage of Mass Killers."  He is the author of How to Stop School Rampage Killing: Lessons from Averted Mass Shootings and Bombings and co-editor of the forthcoming book All American Massacre: The Tragic Role of American Culture and Society in Mass Shootings.